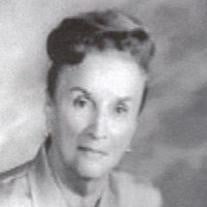 Ann Y McNamara, Former Mayor of Tinton Falls Ann York McNamara, 83, of Tinton Falls passed away peacefully surrounded by her family on November 14, 2012. Beloved wife of Ltc. Col. Thomas F. McNamara. Mother of Mary M. Rigney (Peter) of Mooresville, NC; Sheila M. Gelsomine (Michael) of Howell, NJ; Michael T. (Kristine) of Los Gatos, CA; Jeremiah F. (Donna) of Manalapan, NJ and Eileen M. Heinzel (Paul) of Pennington, NJ. Daughter of the late Dr. Robert Stack York and Catherine Lois (Manning) York (RIP 1940) of Watertown, MA, she is predeceased by her stepmother Mary E. (Conlon) York and her sisters Sara (York) Tracy and Pauline (York) Hennessy. She is survived by her siblings Eileen (York) Hogan of Winchester, MA; Robert M. of Everett, MA; Peter S. of Stow, MA; John A. of Needham, MA; Jeremiah F. and William F., both of Watertown, MA, and Mary Ellen (York) Rogers of Framingham, MA. Survived by eleven beloved grandchildren, Elisabeth Campbell, Patrick Rigney, Sean Rigney, Caitlin Rigney, Casey McNamara, Erich Heinzel, Julia Heinzel, Jack Heinzel, Kristen Heinzel, Carly McNamara, Thomas McNamara and 1 great grandchild, Beckett Campbell. Also survived by many loved nieces and nephews and their spouses. Ann leaves behind a great number of friends made over a lifetime of blessings, including special family friend Mary DiBenedetto. The eldest of ten children, Ann graduated from Regis College and earned a Masters in Speech Correction from Boston University. Ann married Thomas McNamara, an Army aviator, 61 years ago. They were stationed both abroad, in Heidelberg, Germany and in the United States, including Fort Huachuca, Arizona; Fort Rucker, Alabama; the Army National Guard in Colorado; and Fort Monmouth New Jersey. In 1967, the family settled in Tinton Falls with their five children. Known to many as "Mayor Ann", she served as the Borough's chief for four terms from 1989 to 2005. She was devoted to public service and was influential in guiding Borough development and open space preservation. During her tenure as Mayor, the Borough acquired more than 350 acres of open space, including the soccer complex on Sycamore Avenue and New Liberty Park on West Park Avenue. She was instrumental in defeating construction of a garbage incinerator in the Borough. Her balanced approach was vital to the development of many Borough improvements, including the Jersey Shore Premium Outlets, the municipal complex on the “great lawn” on Tinton Avenue and Seabrook Village. Ann was a “peoples” mayor and performed countless wedding ceremonies (all fees donated to the Tinton Falls Public Library) and could be found daily at Borough Hall. She was a strong proponent of education and actively mentored students, including many local boy and girl scouts. In 1998, Ann was the recipient of the Spinnaker Award for Elected Official of the Year and in 2000, Ann was selected Mayor of the Year by the NJ Conference of Mayors. In 2002, she was honored by the State League of Municipalities with its Silver Award and elected to the ranks of the Mayors Hall of Fame. In 2006, she was honored by Tinton Falls CURE for her many contributions to public service and philanthropy. Ann was a member of the League of Women Voters, the American Association of University Women, the Tinton Falls Zoning Board, the Tinton Falls Planning Board, and the Tinton Falls Borough Council. A long time trustee and president of the Tinton Falls Public Library, Ann was honored in 2011 by the library for her advocacy. She served all her constituents and supported her family and friends with commitment, love and dedication. Her passion for people and positive politics will long be remembered. Ann was an avid reader who enjoyed the beach, family gatherings and sharing in her children and grandchildren’s’ special occasions. Ann gave so much of herself to so many. Relatives and friends may share their condolences with the family on Sunday, November 18, 2012 from 3 to 8 p.m. at the Bongarzone Funeral Home, 2400 Shafto Road, Tinton Falls. Mass of Christian Burial will be celebrated November 19, 2012 at 11 a.m. at The Church of St. Anselm, 1028 Wayside Road, Tinton Falls. Everyone attending the funeral mass on Monday is asked to go directly to the church. Interment will be private at BG William C. Doyle Veterans Cemetery, Wrightstown. In lieu of flowers, memorial contributions may be made to the Tinton Falls Public Library, 664 Tinton Avenue, Tinton Falls.

The family of Ann Y. McNamara, Former Mayor of Tinton Falls created this Life Tributes page to make it easy to share your memories.

Send flowers to the McNamara family.