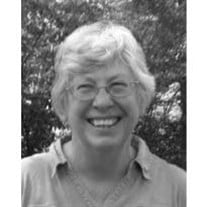 Carol Wenk Bellisio, 66 - Wall, NJ Carol Wenk Bellisio, 66, of Wall, NJ passed away on August 8, 2011 following a 10-month battle with pancreatic cancer. Born in New York City, Carol grew up in Mountain Lakes, NJ. Carol lived with her husband of 41 years, Jules, in Wall Township, NJ. Carol was a graduate of Mount Holyoke College and received a Masters degree from Monmouth University, where she also taught. She was awarded a PhD in the Education of Mathematics by Rutgers University. In addition to teaching at the college level, Carol also taught nursery school, taught high school math, and was an expert advisor to the New Brunswick Board of Education, helping to improve the math skills of inner city children. Carol led a uniquely active life. She was a mother of three, Girl Scout leader, soccer coach and treasurer of her alumni group. Inspired by her own year in Holland as an AFS high school exchange student, she and her family hosted multiple foreign students through this same program. For over 30 years, Carol was deeply involved in many facets of the First Presbyterian Church of Belmar, NJ. She led the bell choir, acted as treasurer, sang in the choir and was a member of many committees and church groups. Carol was also an avid traveler: visiting, camping and hiking through many countries around the world. Every year she also hiked in the White Mountains in New Hampshire, climbing the highest peaks. She loved to read mysteries, bake, garden and knit, and leaves behind dozens of projects which her daughters have vowed to complete. Carol is survived by her husband and three daughters, Nina, Angela, and Carla, and brothers David and Arthur Wenk. A memorial service and luncheon will be held at the First Presbyterian Church of Belmar, 600 9th Avenue in Belmar, NJ 07719 on August 20th at 11am.

The family of Carol Wenk Bellisio created this Life Tributes page to make it easy to share your memories.

Send flowers to the Bellisio family.