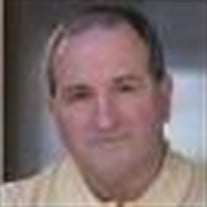 Cleto Joseph Augusto “Bubba”, 60, passed away suddenly, at his home in West Los Angeles, California on Saturday, April 25, 2015, with his wife by his side. Cleto was the: devoted son of Carmella Augusto (nee Uliano) and the late Cleto David Augusto; beloved husband of Leslie Augusto (nee Tanaka); devoted and loving father of his daughter Sofia and his son Cleto, his greatest joys and blessings; loving brother of Julia Davidow and her husband Allen; dear uncle of Joseph Davidow and his wife Christina and Joshua Davidow and his wife Lauren; and the cherished great-uncle of Rebecca, Sarah and Susanna. Cleto was born in Newark, NJ on September 1, 1954. Cleto attended St. Francis Xavier Grammar School in Newark, and graduated in 1968. In 1968, Cleto and his family moved to Long Branch and he attended Christian Brothers Academy (CBA). Cleto was a proud “Colt” who graduated with the Class of 1972. Throughout his life, Cleto remained very close with his friends he established while attending Christian Brothers. Cleto went on to earn a degree in Business at Monmouth College (“Monmouth University”) and he graduated from there in 1976. After college, Cleto moved to Chicago where he lived for 10 years. He worked for Dunn & Bradstreet (DB) and later was an Offshore Loan Officer with Chase Bank. Cleto worked as an actor for over thirty years. He got his start performing improv comedy in the early 80’s, then he went on to theatre productions around town. He worked with The Pheasant Run Dinner Theatre, The Next Theatre Co., The Absolute Theatre Co. and The Commons Theatre Co., which eventually brought him to Off-Broadway’s Hudson Guild Theatre in the production of “The Signal Season of Dummy Hoy”. Cleto was a principal performer in over a hundred television commercials shot in the US, Canada and the UK. He appeared as a Guest Star or a Recurring Character in over 30 series since 1990 including, Shannon’s Deal, Anything But Love, Dear John, Cheers, Home Improvement, Married…With Children, The Fresh Prince of Bel Air, Murphy Brown, Mad About You, Hang Time, Frasier and Seinfeld. He appeared in the Showtime series Shameless and the Nickelodeon series Big Time Rush. Cleto also had some major motion picture debuts. He appeared in Devil in a Blue Dress, The Dream Factory, I Know What You Did Last Winter, The Rug and The Artist. Most recently Cleto began drafting screen plays for movies and television shows. In addition, he worked as an Associate Producer with Charliewood Pictures in South Carolina. Cleto actively assisted, and produced, helping Charliewood launch their first major motion picture “Warrior Road”. Cleto was a member of SAG (Screen Actors Guild) as well as a member of Actors Equity. In addition to his entertainment career, Cleto and his wife Leslie worked together selling their delicious multinational foods at their deli, Olive It, in the Westchester neighborhood of Los Angeles, California. Cleto was also a devoted father, and he served on the School Site Counsel Board at Kentwood School. In addition, Cleto coached both football and softball for the various teams of which his daughter, Sofia, and his son, Cleto, were members. Relatives and friends are welcome to attend the Funeral Mass Wednesday, May 6, at 10:00 am at the St. Michaels Church, West End Long Branch, NJ. Interment Holy Cross Cemetery, North Arlington, NJ. Visitation will be held on Tuesday, May 5, from 4-7 pm at the Bongarzone Funeral Home, 2400 Shafto Road, Tinton Falls, NJ 07712. In lieu of flowers, contributions to Sofia and Cleto’s College Education Fund or to St. Vincent De Paul, 6 West End Ct., West End, NJ 07740 would be graciously appreciated by the family. “Saint John Baptist De La Salle. . . pray for us - Live Jesus in our hearts . . . forever.” It’s too soon for us to imagine a world without you, Cleto, but to God must return his best. You are loved and you will forever be missed.

Cleto Joseph Augusto &#8220;Bubba&#8221;, 60, passed away suddenly, at his home in West Los Angeles, California on Saturday, April 25, 2015, with his wife by his side. Cleto was the: devoted son of Carmella Augusto (nee Uliano) and the late... View Obituary & Service Information

The family of Cleto Joseph Augusto "Bubba" created this Life Tributes page to make it easy to share your memories.

Cleto Joseph Augusto “Bubba”, 60, passed away suddenly, at his...