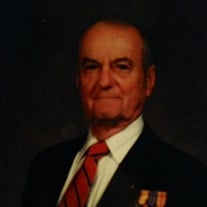 Edwin Earl Breidenbach, 89, of Eatontown, formerly of Tinton Falls, N.J., passed away on Sunday January 4, 2015 at home. He was born in Newark, N.J. and graduated from Columbia High School, Maplewood, N.J. Edwin was a veteran of the United States Navy during World War II serving 2 years active duty as a radioman aboard the USS Floyd B. Parks and 6 years in the naval reserves. He was the owner of DEB Sales of Tinton Falls for over 40 years before retiring in the early 90’s. He then worked part time for Acme Mkts. In Lincroft. He was a volunteer firefighter since 1960. He served in Greenbrook, N.J., was a member of Tinton Falls Fire Company #1 and Northside Engine Company, where he became chief in 1979 and was still active in fire police. He was an active member of the Tin Can Sailors Assn. of Manasquan and Toms River for 25 years, achieving the rank of commander. Edwin was an active member of parents without partners since the early 1970’s and was named member of the year in 1980. He was officer of the Tinton Falls Taxpayers Assn. and president of the New Shrewsbury Chapter of the Kiwanis in 1976. Edwin attended the First United Methodist Church of Oakhurst. He loved his family above all, but also enjoyed hunting, gardening, the U.S. Navy and building model ships. He led a very full life and was loved by many. He was predeceased by first wife, Doris Boepple, second wife, Ann Mahoney Wiiliams and third wife, Jane Carlin Von Pier and a brother Andrew W. Breidenbach, and his parents Andrew A. and Rebecca Breidenbach. Edwin is survived by his wife, Helen Meyer Wester, daughter Sue Breidenbach Neely Cangialosi and step children; Fred Williams, Eileen Williams Kiemler, Diane Williams Spector, William Von Pier, Lisa Von Pier, Karen Wester, Douglas Wester and 14 step grandchildren. Visitations will be held from 2 to 4 and 6 to 9 P.M. on Wednesday January 14, 2015 at the Bongarzone Funeral home, 2400 Shafto Road, Tinton Falls. A funeral service will be held 10:30 a.m. on Thursday January 15, 2015 at the funeral home. Cremation will be private. In lieu of flowers donations in his memory may be made to the Tin Can Sailors Association of New Jersey care of Dave Downey, 1128 Long Boat Avenue, Beachwood, NJ 08722.

Edwin Earl Breidenbach, 89, of Eatontown, formerly of Tinton Falls, N.J., passed away on Sunday January 4, 2015 at home. He was born in Newark, N.J. and graduated from Columbia High School, Maplewood, N.J. Edwin was a veteran of the United... View Obituary & Service Information

The family of Edwin Earl Breidenbach created this Life Tributes page to make it easy to share your memories.

Send flowers to the Breidenbach family.