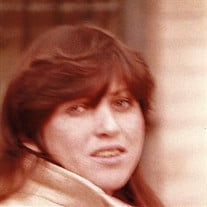 A beloved mother, wife, daughter, sister, and aunt, Eileen passed away on Thursday with her beloved husband Ken at her side. Eileen lived a happy life, and even after being diagnosed with brain cancer she continued to be a beacon of positivity for those around her. Her mind was set on getting back to school and pursuing her dream of becoming a drug abuse counselor. The life she pursued was one focused on helping others by being kind, compassionate, and supportive of everyone around her. Though her journey was cut short just as a new phase in her life was beginning, the positivity she embodied and the joy that she brought to those around her will forever live on in the hearts and minds of every life she touched. Eileen had an overwhelmingly positive impact on the lives of those around her. She was a truly extraordinary and inspirational human being, and she will be deeply missed. Eileen was born in Bayonne, NJ and lived in Jersey City before moving to Eatontown, NJ in 1999. She was a student at Brookdale Community College, Lincroft , where she received her Associate Degree. Previous to becoming a student she worked in advertising for the VIlage Voice Newspaper in New York City. Eileen was a member of the Eatontown Elks lodge 2402 ladies Auxiliary and a Communicant of St. Dorothea RC church, Eatontown. She is survived by her husband Kenneth; two sons Sean and Connor; her mother Florence Krupa McCue; two siblings, Kathleen and William. Visitations will be held 2 to 4 and 7 to 9 PM on Sunday, December 17th at Bongarzone Funeral Home, Tinton Falls, NJ. A funeral mass will be offered at 10 AM on Monday, December 18th at Saint Dorthea's RC Church, Eatontown, NJ. Interment will follow at Fairview Cemetery, Middletown, NJ. In lieu of flowers ; donations in her memory may be made to Tails of Hope, PO box 631, Oakhurst NJ 07755 or Glioblastoma Foundation, P.O. Box 62066, Durham, NC 27715.

A beloved mother, wife, daughter, sister, and aunt, Eileen passed away on Thursday with her beloved husband Ken at her side. Eileen lived a happy life, and even after being diagnosed with brain cancer she continued to be a beacon of positivity... View Obituary & Service Information

The family of Eileen Keane created this Life Tributes page to make it easy to share your memories.

Send flowers to the Keane family.