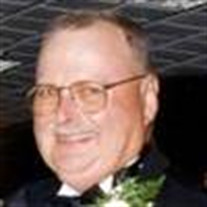 Jack Branin, 79, of Tinton Falls, passed away on Thursday, December 18, 2014. Jack was born in Red Bank, NJ and grew up in both Rumson, NJ and Syracuse, NY before moving to Tinton Falls in 1962; he has resided in Tinton Falls for the past 52 years. Jack graduated from Pebble Hill Prep School in 1954, where he was awarded the “Best All Around Athlete” of the year. He was an avid athlete and admirer of sports his whole life. Jack then served in the US Navy during the 1950’s before moving to Tinton Falls in 1962. After moving, he attended Brookdale Community College, from which he graduated with a degree in Respiratory Therapy. Over the next fifteen years, Jack worked various positions including managing departments at Montgomery Wards, working as a respiratory therapist, owning his own floral business ("The Flower Cart"), and driving buses for NJ Transit, from where he eventually retired as an instructor. Jack harbored a deep passion for helping others and serving the community. He was active in Emergency Services in Tinton Falls for over 50 years, acting as Chief and President in the Tinton Falls Fire Company in the 1960’s, President and Captain of the Tinton Falls First Aid EMS North Squad in the 1980’s and early 2000’s, and Fire Commissioner of District 2 from 1987-1994. During those years of service he received many awards and touched the hearts and lives of many people. Jack was also a longstanding member of the Monmouth County Republican Party, and recently served as a District Representative. Jack was a beloved father and grandfather and an amazing and loving friend to all of those lucky to keep his company. He will be missed dearly. Jack is predeceased by his wife R. Ellen Branin in 2014, son Mark C. Branin in 2006, and a brother Lewis Branin in 1956. Surviving is his daughter Jill E. Carroll and her husband Daniel of Stowe, VT, a son Jack M. Branin Jr. and his wife Jody of Howell, NJ, and five grandchildren: Sean Hunt, Daniel and Kelly Carroll, and Andrew and Ian Branin. He is also survived by a brother Kem Branin and his wife Maggie. Visitations will be from 2-4 p.m. and 6-8 p.m., including a Fireman's Service at 7 p.m., Monday December 22, 2014 at the Bongarzone Funeral Home, 2400 Shafto Road, Tinton Falls. Funeral Services will be offered at 10 a.m. Tuesday December 23, 2014 at the funeral home. Interment will follow at Fairview Cemetery, Middletown.

Jack Branin, 79, of Tinton Falls, passed away on Thursday, December 18, 2014. Jack was born in Red Bank, NJ and grew up in both Rumson, NJ and Syracuse, NY before moving to Tinton Falls in 1962; he has resided in Tinton Falls for the past 52... View Obituary & Service Information

The family of Jack M. Branin created this Life Tributes page to make it easy to share your memories.

Jack Branin, 79, of Tinton Falls, passed away on Thursday, December...

Send flowers to the Branin family.