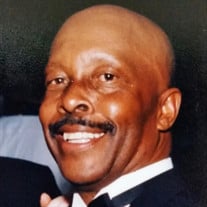 Lee G. Ivey, 89, Tinton Falls, NJ, passed away peacefully at Riverview Medical Center, Red Bank, NJ, on Monday, October 17, 2016. Lee was born in Rocky Mount, NC. He was predeceased by his parents Robert and Lillian Peele Ivey, sister, Vandelia Ivey Hart, and brother, Van Francis Ivey. He moved to the Jersey Shore area in 1957. Lee is survived by his loving wife Patricia; children Montclair Ivey (Debbie), Robert Ivey, Lee G. Ivey, Jr., Van F. Ivey (Debra), Sabrina Ivey Leonidas (Roger), Laura L. Tobin (Brendan), Sara L. O’Gureck (Bob); grandchildren Consuelo Ivey Culbreath (Nate), Alexander Tobin, Meghan Tobin, Jackson O’Gureck, and Anna O’Gureck. Lee was a Retired Veteran of the United States Army (1945-1965), and also was an Army Civilian Retiree (1966-1989). During these periods he had very extensive and rewarding careers. He entered military service in 1945 and served during the Korean War period. He traveled to Europe, Korea, Philippines, Japan, and most of the United States. He was recognized for his outstanding service with numerous awards and medals. He later joined the civilian ranks and continued to travel in many capacities representing the Army. He continued his education throughout his career, earning specific certifications and degrees. He retired from Fort Monmouth in 1989, and went on to pursue other avenues of retirement life. He held executive positions with the Red Bank Elks #220, NAACP, member of Red Bank Men’s Club, and Oakhurst VFW. Lee lived his life to the fullest, enjoying simple pleasures such as building, gardening, volunteering, going to flea markets, dancing, listening to good music, watching westerns, sharing good stories, favorite foods and JD. He was such a strong person and cared for his loved ones in very important ways. Lee had a very generous heart and was the “helping-hand” everyone called upon. For many years before and after retirement he enjoyed his travels with his family and friends to Caribbean islands for memorable vacations. Lee truly was the most dedicated, devoted and proud husband, father and grandfather any family could ever wish for. He was our true support for so many years and will live forever in our hearts. Lee’s wife wishes to express appreciation to Lee’s physicians and nurses who have provided excellent care over the past 18 years. Also many thanks to the staffs at Meridian Rehab (Shrewsbury), Riverview Medical Center Rehab, and especially to both the ICU staff and Hospice team at Riverview Medical Center who recently provided such compassionate care. Services were private per Lee’s wishes. Memorial contributions can be made to Monmouth County SPCA, Wall St., Eatontown, NJ, or St. Jude.org.

The family of Lee G Ivey created this Life Tributes page to make it easy to share your memories.

Send flowers to the Ivey family.