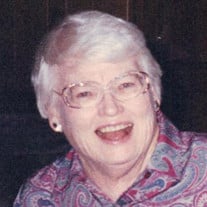 Tighe, Marguerite Anne, of Tinton Falls, formerly of Toms River and Whiting, was born on December 3, 1924, in New York City. Passed away peacefully on September 11, 2014, after a long period of declining health. Following graduation from Andrew Jackson High School in St. Albans, New York, she attended Temple University in Philadelphia, Pennsylvania. She spent a lifetime working and traveling, both at home and overseas. During World War II she enlisted in the U. S. Navy and served in the Signal Corps. She was extremely proud of her military service period and attained the rank of Petty Officer 3rd Class. Following military service she joined the United States Department of the Interior, Bureau of Indian affairs, with administrative assignments in Nebraska, New Mexico and Washington, DC and spent her career in Government service. Assignments with the State Department took her to St. Thomas, Virgin Islands and to Ankara, Turkey, for several years each. Her passions in retirement were genealogy, volunteering in research libraries and making Dollhouse minis in the world of Arts & Crafts. Her work and travels took her to residency in California, Florida, Nebraska, New Jersey, New Mexico, New York, Pennsylvania and Virginia, with extensive travel in Europe and the Middle East. A highlight of her life was an extended visit to Ireland to meet family and visit her ancestral home in Charlestown, County Mayo. Over many years she enjoyed the company of an assortment of pet cats and dogs, among her favorite, brought home from Turkey, was Pamuk, a pure bred Angora. She is survived by her sister Marie T Guzmich of Tinton Falls, her brother William (Lise) Tighe of New London, NH, sisters in law Carole Tighe, Sally Tighe, special niece Eileen Guzmich of Red Bank, good friend Molly Harrington and many cousins, nieces and nephews. She was predeceased by parents Thomas F and Marie G Tighe (nee Coyne), brothers Francis T and Thomas J, sister Anne M Strank and beloved Aunt Winifred Coyne. Viewing hours will be from 1pm to 5pm at Bongarzone Funeral Home in Tinton Falls, NJ, on Saturday September 20, followed by a 5pm service, to which all are welcome as the family honors and celebrates a life well-lived and well-loved. Interment, with military honors, will be at the General William C Doyle Memorial Cemetery in Wrightstown, NJ, on Monday, September 22 at 1:00pm. Donations, in lieu of flowers, may be made to the Popcorn Park Zoo in Forked River, NJ, or to any Hospice Care group of choice.

Tighe, Marguerite Anne, of Tinton Falls, formerly of Toms River and Whiting, was born on December 3, 1924, in New York City. Passed away peacefully on September 11, 2014, after a long period of declining health. Following graduation from Andrew... View Obituary & Service Information

The family of Marguerite Anne Tighe created this Life Tributes page to make it easy to share your memories.

Send flowers to the Tighe family.