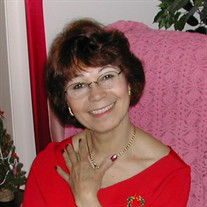 Nilda Reyes-Davis, 77, of Cedar Grove, North Carolina, passed away peacefully on Thursday September 19, 2019 at the Hock Family Pavilion, Durham, North Carolina. Nilda grew up in Ponce, Puerto Rico where she received her early education. She earned her teaching degree from St. Joseph’s college, Long Island, NY., she then returned to Puerto Rico and taught English in grammar school. Nilda left teaching and worked as executive secretary in a local bank and in between jobs had some modeling training. In 1972 she was hired by American Airlines and trained in Dallas, before being assigned in New York City. Nilda flew international flights to the Caribbean, Paris, London over a 31-year career with an exemplary record and many awards until her retirement in 2003. Nilda earned admiration and respect from the airline crews under her direction as the purser of international flights to the Caribbean and Europe. But they also came to love her and become close friends. Nilda married Frank Davis in 1977 and purchased a home in Montclair, NJ., moved to Franklin Lakes in 1984 and moved to North Carolina in 1993. Nilda and Frank had many good times away from home, traveling by motor home and staying at various campsites. She had a very deep faith and loved her church. She spent many happy hours singing in choirs and listening to music on a collection of her own CD’S. Nilda loved to decorate her homes and spent lots of time making every detail right. She had a prized piano, but due to a stroke in 2005 was not able to play afterwards. Nilda had an artistic flair and prior to her stroke she produced some still life artwork as gifts to her family. The past year has required extensive nursing care. She had a strong will and constantly tried to improve her physical condition, always positive. Everyone that met Nilda came to know her as a great listener with a sincere interest in what you had to say. She had a fantastic smile that filled a room with her presence. Nilda is the youngest of nine children and is survived by her husband Frank R. Davis, her sisters; Alicia Mentel and Zoraida Lopez. She is also survived by her grandchildren and many nieces and nephews. Visitation will be from 10am until the funeral service at 12 pm on Saturday September 28, 2019. Entombment will be held privately.

The family of Nilda Reyes-Davis created this Life Tributes page to make it easy to share your memories.

Send flowers to the Reyes-Davis family.