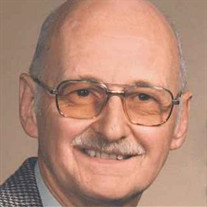 Robert A. Baynton, age 91, of Seabrook Village, Tinton Falls, formerly of Lincroft, died on January 3, 2017. Born in Union City, NJ, he lived most of his life in Monmouth County. He and his wife, Janet, were the former owners of Baynton’s Floor Covering in Red Bank. He was very active in the Red Bank Methodist Church for 30 years, and then for 28 years, in Christ Church United Methodist in Fair Haven. He served there at various times as lay leader, membership care chairman, ad council member, special funds treasurer, and board of trustees member. After moving to Seabrook Village, he became active in the ecumenical Protestant Council there. Bob enlisted in the U.S. Army during World War II, seeing action with the 86th Infantry Division in France, Germany and Austria and then served on Japanese surrender outpost duty in the Philippine Islands. He served on the Red Bank Chamber of Commerce, the Red Bank Retail Trade Board, the Monmouth County Citizens Committee on Narcotics, the YMCA Camp Arrowhead Board, and the Red Bank Community Center board. He and Jan enjoyed their many vacations in New Hampshire, California, Tennessee, Virginia, and North and South Carolina. Bob also looked forward to visiting his children and grandchildren, flying to three states for 20 years to visit them. After his retirement, he enjoyed doing church work, visiting shut-ins, playing golf, reading, and socializing with friends at Seabrook. He is predeceased by his wife, Jan; his parents, Harold and Carolyn Baynton; a sister, Doris Sims; and his daughter, Lori Baynton Shearer. Surviving are his daughter and son-in-law, Nancy and Kent vonBargen of Oklahoma; five sons and daughters-in-law, Douglas Baynton and Kirilka Stavreva of Iowa; Richard Baynton of Oregon; Kim and Teri Adkins of South Amboy; Jeffrey Adkins of Florence, NJ; Val and Lindsay Adkins of Texas; 13 grandchildren; and two great-grandchildren. There will be a memorial service in the atrium at Seabrook Village, 3000 Essex Rd., Tinton Falls, NJ on Sunday, January 8, at 1 PM. In lieu of flowers, donations may be made to the Protestant Community at Seabrook Village, 3000 Essex Road, Tinton Falls, NJ 07753.

Robert A. Baynton, age 91, of Seabrook Village, Tinton Falls, formerly of Lincroft, died on January 3, 2017. Born in Union City, NJ, he lived most of his life in Monmouth County. He and his wife, Janet, were the former owners of Baynton&#8217;s... View Obituary & Service Information

The family of Robert A Baynton created this Life Tributes page to make it easy to share your memories.

Send flowers to the Baynton family.