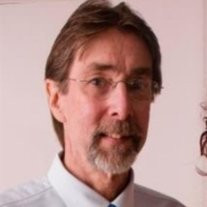 Roger Henrik Guttormsen, 62, of Tinton Falls, went home to be with the Lord Thursday, November 7, 2013 peacefully at home. Roger was born on June 10, 1951 in the Bronx. He moved to the shore area, Leonardo, from New Milford in 1962 and lived at the shore for the remainder of his life. He graduated from Middletown High School in 1969 and attended Brookdale Community College as well as Monmouth University. Roger is predeceased by his father, Berwin M. Guttormsen, his mother, Therese V. Guttormsen Turford and brother Harald L. Guttormsen. Surviving are his wife, Lynn Guttormsen, sons, Peter L. Brosonski and his wife, Danielle and their children Brielle and Jackson; David B. Brosonski and his wife Joanna; daughter Lauren Ordino and husband Charles and their children Emilie and Lucas. Also surviving are his siblings, Melville and wife Fran; Berwin and wife Peggy; Kathlyn Rubin and husband Bob; and James and wife Nancy; as well as many nieces and nephews. Roger was a long time member of the Community Baptist Church in Shark River Hills and faithfully served God as a deacon. He was a special friend to all who worship there. His optimism-born of an abiding faith in Jesus Christ-always lifted the spirits of his family and friends. He owned and operated automotive service stations for 30+ years as a Master Mechanic. Roger was a trusted advisor to countless loyal customers who relied on him for his integrity and almost limitless mechanical knowledge. He loved sailing and traveling, especially in the Caribbean. Roger also loved going to Yankee games as well as Giants and West Point football games. However, it was the presence of his family and friends that Roger truly enjoyed spending his time with the most. An inspiration to all who knew him, we remember Roger as a faithful Christian servant who was the kind of person we all aspire to be. A memorial service will be held on Saturday, November 16, 2013 at 2:00pm at Community Baptist Church 424 Lakewood Rd, Neptune, NJ 07753. A gathering of family and friends will be at Community Baptist Church following the service.

Roger Henrik Guttormsen, 62, of Tinton Falls, went home to be with the Lord Thursday, November 7, 2013 peacefully at home. Roger was born on June 10, 1951 in the Bronx. He moved to the shore area, Leonardo, from New Milford in 1962 and lived... View Obituary & Service Information

The family of Roger Henrik Guttormsen created this Life Tributes page to make it easy to share your memories.

Roger Henrik Guttormsen, 62, of Tinton Falls, went home to be...

Send flowers to the Guttormsen family.