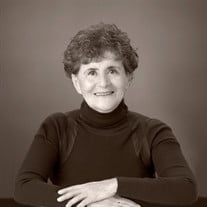 Stella Koles , born September 10, 1923, daughter of John and Anastasia Paskalides, passed away on Thursday, October 5 at her home in Manasquan, New Jersey. She was surrounded by her family, friends and loved ones in her final days. A lifelong Jersey City resident, she is survived by her loving children, Anastasia Koles Michals (Jeff), Jonathan Koles (Kathryn), Daphne Koles Papageorge (James) and Nikki Koles Chrystal, grandchildren, John Thomas (Victoria Moutis), Anastasia, Caitlin, William, Matthew, Eleni, Nicholas, Christian and Alexandra. Stella was married to William Nicholas Koles, who predeceased her in 1999. They raised their five children in a loving home on Stevens Avenue in Jersey City. Their daughter Ellen Koles Koch predeceased them in 1986. Stella was an active homemaker as she pursued her lifelong dream of becoming an educator by earning her bachelor’s degree in Education in 1972 and her Master’s Degree in 1975 from Jersey City State College. Stella was a woman of unending energy and stamina. She worked in the Jersey City Public Schools until her retirement at the age of 85 when she moved to Brielle and then Manasquan. She was a constant companion to her grandchildren, helping to raise them while emphasizing the importance of education and cultivating a love of the arts. Stella loved the finer things in life and was an ardent shopper and reader. But her greatest joy was found while spending time with her children and grandchildren. Her inseparable relationship with her sister Katherine left all of us happily playing together with very little supervision in the hallways of our first home at 191 Duncan Avenue in Jersey City, New Jersey. Katherine was a second mother to us and Stella was a second mother to Katherine’s children. We were not cousins; we were more like sisters and brothers. Visitation will be held from 4pm to 8pm on Wednesday, October 11 at the Bongarzone Funeral Home, 2400 Shafto Road, Tinton Falls and from 10am to 12 noon on Thursday, October 12 at St. George Greek Orthodox Church, 1033 West Park Ave, Ocean Township immediately followed by the funeral service, which shall be officiated by His Eminence Metropolitan Evangelos of New Jersey. Interment will follow at Greenwood Cemetery in Brielle. In lieu of flowers please make donations to The Metropolis of New Jersey Philoptochos Benevolent Fund, 215 East Grove Street, Westfield, New Jersey 07090.

Stella Koles , born September 10, 1923, daughter of John and Anastasia Paskalides, passed away on Thursday, October 5 at her home in Manasquan, New Jersey. She was surrounded by her family, friends and loved ones in her final days. A lifelong... View Obituary & Service Information

The family of Stella P. Koles created this Life Tributes page to make it easy to share your memories.

Send flowers to the Koles family.