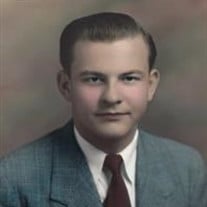 Tadeusz S. Sobieski “Ted”, of Toms River, NJ passed away on Wednesday October 5th, 2017 at Hackensack Meridian Medical Center in Bricktown just 5 months shy of his 90th birthday. Ted was born and raised in Elizabeth, NJ and graduated from Thomas Jefferson High School. After High School he joined the Korean War effort and upon his discharge he returned to Elizabeth to join his family’s business, The Iconic Sobieski Bakery on Geneva Street. He married Adele Trzyna on October 15th, 1950 in St Adalbert’s Roman Catholic Church. They later went on to start a family and raise 7 children, first moving to Linden , then to Englishtown, and later to Ocean Township. It was in Ocean Township that the entrepreneurial spirit and work ethic instilled in him from his parents began to take shape. He owned and operated several businesses with his children, Including the Royal Motel and the Towne Laundromat both in Ocean Township. Later he moved onto carwashes, owning and operating for over 30 years Lakewood Car Wash in Lakewood and later a second location in Toms River both with his son Michael. After the death of his first wife Adele, he later married Patricia Sperone and they settled in Point Pleasant Beach and more recently in Toms River. He is predeceased by his parents John and Walerya Sobieski, his six siblings: Mary, Jane, Sophie, Charlotte, Stanley and Henry as well as his first Wife Adele and his youngest daughter Allison and grandson baby Justin. Surviving are his Wife Patricia Sperone Sobieski, his children: Monica (Edmund) Urban, John (Patricia) Sobieski, Edward (Janice) Sobieski, Steven (Veronica) Sobieski, Raymond (Jo) Sobieski, Michael (Dorothy) Sobieski. Also surviving are 11 grandchildren: Matthew, Cindy, Christina, Rayna, Andrew, Katie, Robert, Daniel, James, Danielle, Allison and Adele and 2 great grandchildren Riley and Finn. Relatives and friends are invited to attend a memorial service on Saturday, October7th from 10:00 AM to 11:30 AM at the Bongarzone Funeral Home, 2400 Shafto Road,Tinton Falls, NJ 07712. A private graveside service for immediate family only will follow at Monmouth Memorial Park in Tinton Falls NJ. In lieu of flowers, donations may be made in Ted’s memory to either: The Allison Sobieski Beaudoin Scholarship Fund Online at: www.alumni.georgian.edu/giving Choose Designation “Other” and write in Allison Sobieski Beaudoin Scholarship Choose Tribute “In Memory Of” and write in Tadeusz Sobieski Donations can also be mailed to: Georgian Court University 900 Lakewood Avenue Lakewood NJ 08701 OR: St. Jude’s Children’s Hospital

The family of Tadeusz S Sobieski created this Life Tributes page to make it easy to share your memories.

Send flowers to the Sobieski family.