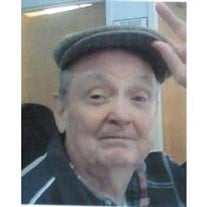 Alvin L. Meredith, Colonel, U.S. Army (Ret), died Saturday, June 6, 2009 at his home in Tinton Falls, N.J. Al, a native of Pittsburgh, PA, enlisted in the army in August, 1950. He progressed through the ranks to Sergeant First Class and received a battlefield commission in Korea, during the war; and subsequently rose to the rank of Colonel. He also fought in the war in Vietnam, serving there in 1967-1968 during the so-called Tet Offensive. He held various levels of command from battery to battalion, and staff positions including the Army General Staff and the J-3 staff of the Pacific Command. While in the service, he received a Bachelor’s degree from the University of Maryland and a Master’s degree from the University of Miami, Florida. He is a graduate of the Army Command and General Staff College and the Army War College. He also served in the Defense Intelligence Agency as the Defense Attaché at the U.S. Embassy, Warsaw, Poland, during a communist regime. His awards include the Distinguished Service Medal, the Silver Star, two awards of Legion of Merit, the Defense Meritorious Medal, two awards of the Army Meritorious Service Medal, three awards of the Air Medal, the Joint Services Commendation Medal, and fifteen other medals and ribbons including the Republic of China Army Badge and the Vietnamese Honor Medal First Class. Colonel Meredith retired from the Army on December 2, 1982. After retiring from the army he worked as a Senior Scientist for S.A.I.C., Arlington, Virginia for 10 years before retiring from S.A.I.C. in 1993. Al is the author of the book The Fields of Innishannon, and he has tutored adults in reading with the Literacy Counsel of Northern Virginia and the Alexandria, Virginia, city jail. He moved into the Seabrook Village retirement community in Tinton Falls in June 2004 and has served as a Seabrook volunteer at the Mahala F. Atchison School since that time. Al is a member of the Friendly Sons of the Shillelagh, Old Bridge, N.J. Al is the father of STG1(SW)(RET) Kenneth Meredith, US Navy, and the grandfather of Alex and Summer Meredith, all of San Marcos, California; and the father of Eileen Meredith O’Kane, father-in-law of Brian O’Kane, and grandfather of Fiona O’Kane all of Old Bridge, New Jersey.

The family of Alvin L. Meredith, Col, U.S. Army (Ret) created this Life Tributes page to make it easy to share your memories.