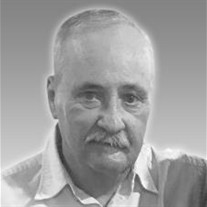 Daniel W. Anderson, Jr., age 67, passed away on September 13 at home, while surrounded by family after being diagnosed with ALS, the Lou Gehrig’s disease. Daniel was born in Long Branch, grew up in Deal, raised his family in Elberon, and lived his retired years in Tinton Falls. Following his 1968 graduation from Asbury Park High School, Daniel served his country in the U.S. Army as a SPC 5 air traffic controller in the 101st Airborne Division in Vietnam. Daniel worked as a lineman for Verizon and retired in 2000. Daniel was an active participant in the community and volunteered his time as often as possible. He was a Boy Scout leader, Little League coach, Red Cross volunteer for Hurricane Wilma, President of Fox Chase Association, and an 18-year member, 1986 chief, and 2010 treasurer of Deal Fire Dept. Daniel also enjoyed playing in three different softball leagues. He loved traveling, golf, the Yankees and the NY Giants. However, Danny’s favorite part of his life was his family. Daniel was married for 48 years to Mirta and together they had three children, Jeffrey Anderson and his wife Christine; Laura and her husband Paul Tracey; and Jeni and her husband Cory Radisch. Danny (aka Pipop) was loved and admired by his 11 grandchildren, Jason, Justin and Christopher Anderson, Newark, De; Patrick, Daniel, Brandon and Jared Tracey, Ocean Township; and Ariel, Jami, Juliana and Daniele Radisch, Tinton Falls. Daniel is survived by his sisters Kathleen and her husband George Tongring, Interlaken; and Mary Ellen and her husband Lou Vaccaro, Ocean Twp. He was predeceased by his father, Daniel W. Anderson, Sr.; his mother, Margaret; and brother, Michael. Visitation will take place at Bongarzone Funeral Home, 2400 Shafto Road, Tinton Falls 4-8 Friday and a service to honor and celebrate Daniel’s life will take place Saturday at 1:00. In lieu of flowers, memorial donations should be sent to the Joan Dancy & PALS (People with ALS) Foundation, Riverview Medical Center, One River Plaza, P.O. Box 8157, Red Bank, NJ 07701. For online condolences, please visit Danny’s memorial page at www.bongarzonefuneralhome.com

Daniel W. Anderson, Jr., age 67, passed away on September 13 at home, while surrounded by family after being diagnosed with ALS, the Lou Gehrig&#8217;s disease. Daniel was born in Long Branch, grew up in Deal, raised his family in Elberon,... View Obituary & Service Information

The family of Daniel W. Anderson Jr. created this Life Tributes page to make it easy to share your memories.

Send flowers to the Anderson family.