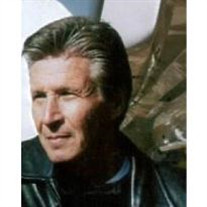 Frank N Cangelosi Former Principal, Edison High School Frank N. Cangelosi, 63, of Ocean, New Jersey, passed away Saturday, October 24th, at Jersey Shore University Hospital. Frank was born in New York and grew up in Jersey City. He attended St. Peter's College and received his master's degree from Seton Hall University. At the young age of 30, he became vice principal of Freehold Township High School. In 1980, he opened the brand new Lacey Township High School and served as principal there for ten years. He finished out his career as principal of Edison High School in Edison, NJ. While serving as principal of Edison, he had many notable achievements and accomplishments, among them the Governors Award for Outstanding Principal. He retired in 2004 and went on to travel extensively with his wife Jann, ride his Harley Davidson, and dote over his grandson J.P. Frank was a strong, loving, wonderful man, who lived for his family. His main concern was for their happiness and love for one another. His strength and courage has been a shining example for all of his friends and family. We will all miss him terribly, but will remember him forever in our hearts and spirits. Frank is survived by his loving and devoted family: wife, Jann Benzilio (Rudnick), daughter Cara Cangelosi and partner John Saddy, son Justin Cangelosi, stepdaughter Arica Rudnick, grandson J.P. Cangelosi Saddy, brothers John and Robert Cangelosi and their families. He was predeceased by his first wife Maryanne Simms in 1991. Frank is also survived by his mother and father-in -law; Stella and Al Benzilio, Sisters-in law and husbands; Barbara and Joey Malorano, Roberta Benzilio and Bob Seracena, a Brother-in-law and wife; Lenny and Lori Benzilio, many nieces,nephews,cousins and friends.

The family of Frank N. Cangelosi created this Life Tributes page to make it easy to share your memories.

Send flowers to the Cangelosi family.