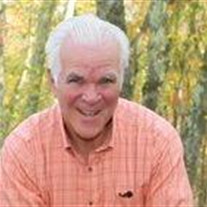 James T. Hurley, 67, of Farmingdale, NJ passed away unexpectedly on Saturday, February 18, 2017 at Jersey Shore University Medical Center. Jim was born in Brooklyn, NY and grew up in Levittown, NY and Oakland, NJ. He has been a resident of Farmingdale, NJ for the past two years. Jim went to Don Bosco High School and graduated from Steubenville University. He also served in the NJ National Guard. An important part of his life was his job in Sales for NCR for more than 35 years. Jim was a devoted family man and a good friend to many. Jim was fondly known as “Hurls”, and often referred to as “The Mayor” because of his outgoing personality. He enjoyed long walks on the boardwalk and more than an occasional bottle of Corona. There wasn’t a Seinfeld episode that didn’t make him laugh, regardless of how many times he had seen it. He was an avid fan of the NY Giants, NY Mets and St. Joe’s basketball. He is predeceased by his parents, John and Mary Hurley. Jim is survived by his wife of 39 years, Phyllis, two loving daughters, Suzanne Kosonocky and her husband Andrew, Christine Mondile and her husband Patrick, and his cherished grandchildren, Joey and James Mondile and Ellie and Julia Kosonocky. He is also survived by his four brothers; Jack Hurley and his wife Nancy, Tom Hurley and his wife Jan, Terry Hurley and his wife Nora, Joe Hurley and his wife Sue, two sisters; Kate and Mary Hurley and by many nieces and nephews. Visitations will be from 1:00 pm to 3:00 pm and 6:00 pm to 8:00 pm on Friday, February 24, 2017 at the Bongarzone Funeral Home, 2400 Shafto Road, Tinton Falls. A funeral mass will be offered at 11:30 am on Saturday, February 25, 2017 at St. Catherine of Siena Church, Farmingdale. All other services will be private. In lieu of flowers, donations in his memory may be made to The Children’s Hospital of Philadelphia (CHOP).

James T. Hurley, 67, of Farmingdale, NJ passed away unexpectedly on Saturday, February 18, 2017 at Jersey Shore University Medical Center. Jim was born in Brooklyn, NY and grew up in Levittown, NY and Oakland, NJ. He has been a resident of... View Obituary & Service Information

The family of James T. Hurley created this Life Tributes page to make it easy to share your memories.

Send flowers to the Hurley family.