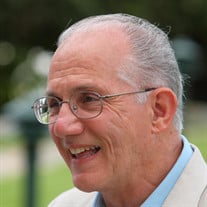 James A. Mazza, 80, of Oakhurst, NJ, passed away peacefully at home on November 27, 2021, surrounded by his loving family. Jimmy was born in Red Bank, NJ to John Mazza and Concetta Inghilleri Mazza on November 6, 1941. He was a graduate of Red Bank High School, and went on to become a licensed barber before starting a 33-year career as a service technician for Sears & Roebuck. He was a well-liked and respected technician due to his wealth of knowledge, coupled with his humble, fun-loving way with people. He served 6 years in the US National Guard from 1963-1969. He married Angela Iorfida in 1964, and celebrated 57 wonderful years of marriage just a few days before his passing. Jimmy was a well-known barber at Cardner’s Barber Shop in Red Bank, working on Saturdays from the 1980’s well into the 2000’s. Anybody who sat in his chair was welcomed with a kind smile, easy conversation, and a contagious laugh. He could be seen driving to and from the shop in his 1968 Chevy El Camino, which is still parked in his garage today. He was a loving husband, father, grandfather, brother, uncle, brother-in-law, father-in-law, friend, co-worker and parishioner. He was a member of the Knights of Columbus Red Bank Counsel, once serving as Grand Knight for his chapter. He was also an active parishioner of the Church of Saint Anselm in Tinton Falls, NJ. Jimmy is survived by his wife Angela Mazza, son John Mazza , daughter Connie Schneider, and son Vinnie Mazza; Son-in-law Ed Schneider and daughter-in-law Katy Mazza; Grandsons Christopher Schneider and Nicholas Schneider; Granddaughters Gray Mazza and Isla Mazza; And sister Josephine Lagattuta; and his loving many nieces and nephews. Memorial visitation will be held on Saturday, December 4th from 1-4pm at Bongarzone Funeral Home, 2400 Shafto Rd, Tinton Falls, NJ 07712. In lieu of flowers, contributions can be made in his memory to St. Jude Children’s Research Hospital. For online expressions of sympathy and directions please visit www.bongarzonefuneralhome.com.

James A. Mazza, 80, of Oakhurst, NJ, passed away peacefully at home on November 27, 2021, surrounded by his loving family. Jimmy was born in Red Bank, NJ to John Mazza and Concetta Inghilleri Mazza on November 6, 1941. He was a graduate of... View Obituary & Service Information

The family of James Anthony Mazza created this Life Tributes page to make it easy to share your memories.

Send flowers to the Mazza family.