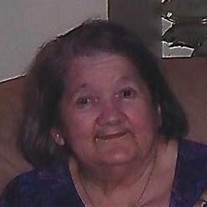 Marie Rose Novakowski ,90, of Tinton Falls, New Jersey passed away at home on Tuesday November 28, 2017. Marie was born and raised in Lodi New Jersey before moving on to North Bergen with her family. Marie was an only child; she was the most precious daughter of the late Samuel Lombardo and Antoinette DeStefano. Marie is further predeceased by her two most precious sons: John Anthony, who passed away at the tender age of 21 after becoming the victim of a fatal automotive crash in 1973 and her youngest son, Joseph Paul, her lifelong companion, who passed away from a misdiagnosed ulcer in 2008 at the age of 49. Marie is also predeceased by her husband, John Stanley Novakowski, who most sadly died in 1986 after a lengthy series of heart attacks and strokes. Marie is survived by her one and only daughter, JoAnn Recht age 61, and her most devoted son-in-law Allan, who always selflessly gave of himself for the past 32 years while lovingly assisting his wife with the care of her mother. The three were a team. three loving grandsons, Robert and his wife Nancy, Daniel and his fiancée Maryanne, Gary and his wife NIcole and her one and only precious granddaughter Colleen and her husband Ricky. Marie is also survived by her three great grandchildren; Kara Marie, Hannah Rose and Ava Maria, who all affectionately nicknamed her "GG" they were without question the apple of their great grandmother's eye! oh how she loved them! the moment any one of them walked into the room her eyes just automatically lit up like diamonds. Marie was also proud to include thirteen more beautiful great grandchildren to her extended family; Samantha, Skyler, Melanie, Katie, Michael, Maris, Sharece, Shanece, Skylar, Landon, River, Naomi and Weston. A funeral mass will be held 10:00 am Saturday December 2,2017 at Our Lady of Mount Carmel Church, Asbury Park. Interment to follow at Holy Cross Cemetery, North Arlington. In lieu of flowers, the family asks that donations made in Marie's honor to any lifesaving foundation of your choice.

Marie Rose Novakowski ,90, of Tinton Falls, New Jersey passed away at home on Tuesday November 28, 2017. Marie was born and raised in Lodi New Jersey before moving on to North Bergen with her family. Marie was an only child; she was the most... View Obituary & Service Information

The family of Marie Rose Novakowski created this Life Tributes page to make it easy to share your memories.

Send flowers to the Novakowski family.