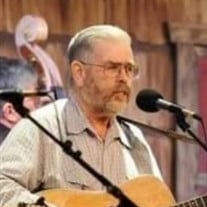 Robert L. Nowicki, 76, of Tinton Falls passed away on Wednesday, March 24th, 2021. Robert was born in Manhattan to Margaret Mary and Robert Louis Nowicki, Sr., and was the oldest of three children. Robert was uniquely talented, intellectually gifted, and possessed a life-long love of learning. Growing up on Staten Island, he first attended Our Lady Help of Christians Grammar School. After proudly graduating from Regis High School in Manhattan, Robert went on to earn a Bachelor of Arts degree in classical languages from Fordham University, where he graduated magna cum laude and was a member of Phi Beta Kappa. Later, he earned a Master of Philosophy degree in Linguistics at Yale University, and subsequently shared his knowledge for almost ten years as an instructor in Germanic languages. Seeking a new challenge, Robert returned to school to earn his Juris Doctor degree at Yale Law School, and worked successfully as an attorney for 34 years, first as an Associate at Cravath, Swaine & Moore, then as Corporate Counsel at Wang Labs, before retiring in 2016 as Assistant General Counsel for Panasonic Corporation of North America. Robert was an avid reader, and worked on the Sunday New York Times crossword puzzle every week. His love of collecting stamps, mostly from Poland and Ireland, led him to join the Polonus Philatelic Society. Robert enjoyed cooking for his friends and family. He was also a gifted musician and a lifelong member of the Albert Music Hall in Waretown, where he often performed for large audiences. Robert was proud to serve as the chairman of the board of trustees and recording secretary of the Bluegrass & Old Time Music Association of New Jersey. Robert was preceded in death by his parents Margaret and Robert Sr., and his sister Susan Scarano. He is survived by his beloved wife Joanne Krauss, his children Jessica and Robert III, his grandson Trent, his sister Patricia Willock, and many nieces and nephews. Robert was devoted to his family and was a great friend to all who knew him. He will be dearly missed. A graveside service will be held at 1 PM on Saturday, March 27th, 2021 at Monmouth Memorial Park, Tinton Falls, NJ. In lieu of flowers, donations may be made to the charity of your choosing. For full obituary and online condolences, please visit Robert’s memorial page at www.bongarzonefuneralhome.com

The family of Robert L. Nowicki created this Life Tributes page to make it easy to share your memories.

Robert L. Nowicki, 76, of Tinton Falls passed away on Wednesday,...

Send flowers to the Nowicki family.