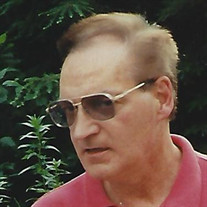 Robert “Bob“ Wyrwa of Tinton Falls, New Jersey passed away peacefully on January 25th, 2020 at Jersey Shore University Medical Center after a battle with cancer. Bob was born and raised in the Ironbound section of Newark, NJ. He graduated from Seton Hall Prep and Seton Hall University where he received his Bachelor of Arts and Master’s Degree. Bob was an avid reader. In the summer months, he could be found under an umbrella with a good book on the Belmar beach. To the very end of his life he remained a loyal supporter of the Green Bay Packers and the St. Louis Cardinals. Bob was a simple family man who found great joy in supporting his sons goals and celebrating their achievements. His grandchildren were the love of his life. Bob could always be counted on during family gatherings to initiate very “spirited “political debates. Before his retirement, Bob was employed by First Montauk Financial in Red Bank, New Jersey. He leaves behind his loving wife of 38 years, Donna (Odell) Wyrwa, sons Jeffrey and Robert Wyrwa, daughters in law, Christen and Keri Wyrwa. He is also survived by his brothers and their wives, Dr. Edward and Eileen Wyrwa of Manasquan, New Jersey, and Eugene and Lucille Wyrwa of Pennsylvania, and his prized grandchildren, Nicholas, Ryan, and Juliet Noelle Wyrwa, along with several nieces, nephews and cousins whom he loved dearly. He is also survived by his sisters-in-law and brothers-in-law, Linda and Gary Postell of Short Hills, NJ; Patricia Mamone Odell of Franklin Lakes, NJ; and Brian and Gail Odell of Allenwood, NJ who gave tirelessly of themselves to assist Bob on this arduous journey. Visitation will be Friday, January 31st. from 4 to 8 p.m. at Bongarzone Funeral Home in Tinton Falls, New Jersey. An 11 a.m. Mass will be celebrated Saturday, February 1st. at Saint Elizabeth’s Church, Avon, New Jersey. In lieu of flowers please consider a donation to a charity of your choice.

Robert &#8220;Bob&#8220; Wyrwa of Tinton Falls, New Jersey passed away peacefully on January 25th, 2020 at Jersey Shore University Medical Center after a battle with cancer. Bob was born and raised in the Ironbound section of Newark, NJ. He... View Obituary & Service Information

The family of Robert F. Wyrwa created this Life Tributes page to make it easy to share your memories.

Send flowers to the Wyrwa family.