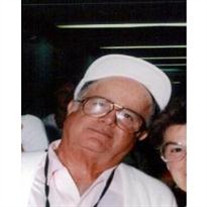 SETH (SETTIMIO ANGELO) VILLA, 84, of TINTON FALLS, died Friday, Nov. 30, at Jersey Shore University Medical Center, Neptune. He was born May 30, 1923, at the family home in Westfield, and lived there until 1948. He received the football team's "Most Valuable Player" his senior year, and attended the Heisman Trophy Dinner in New York. He was also the captain of the swim team. Seth attended New York University, majoring in engineering, until he enlisted in the U.S. Army Air Corps after the attack on Pearl Harbor. During WWII, he served on the island of IeShima with the 413th Fighter Group. He worked as a mechanic on P47N Thunderbolt fighter aircraft with the 34th Fighter Squadron. After the war, he returned home and rejoined the family construction business, Guy Villa & Sons, Inc., founded by his father, an Italian immigrant. For many years, he and his brothers operated the construction company and the Inman Racquet and Golf Club in Edison. Seth married the love of his life, Doris Mayonet on Aug. 14, 1948. They lived in Union for 23 years before moving to Colts Neck in 1971. In 1986, they moved to Tinton Falls. Seth and Doris also maintained a home in Jensen Beach, Fla. until 1994. During his lifetime, Seth enjoyed his family, amateur flying, traveling, music, the ironies of life, and his pals at the Wellness Center in Neptune. He was an active member of the Ocean Township Italian American Association, and a devout member of the United Methodist Church in Oakhurst, Ocean Township. Seth was predeceased by his parents, Gaetano "Guy" and Settimia Cherimele Villa (for whom he was named); his beloved wife of 46 years, Doris Mayonet Villa; his brothers and sisters-in-law, Guy and Thelma, Dante, Guido and Mitzi; his sister, Estelle and her husband, Bill Plage; his sister-in-law and brother-in-law, Elsie and John Addicks; and his granddaughter, Cara Nicole. Seth is survived by his loving children, his daughter, Pam and son-in-law, Bill Galatro of Oakhurst; his son, Craig and daughter-in-law, Gaye Villa of Readington; his brothers and their wives, Eddie and Ginny of Cookville, Tenn., Harvey and Alyce of Pompano Beach, Fla.; and his special granddaughters, Gina Galatro, Katie, and Rachel Villa. In addition to his 22 nieces and nephews and their families, he is also survived by his cousin, Florence; and the families of many of his other cousins, along with many dear friends. Seth's life epitomized the values and experiences of the "Greatest Generation" of the 20th century.

SETH (SETTIMIO ANGELO) VILLA, 84, of TINTON FALLS, died Friday, Nov. 30, at Jersey Shore University Medical Center, Neptune. He was born May 30, 1923, at the family home in Westfield, and lived there until 1948. He received the football team's... View Obituary & Service Information

The family of Seth (Settimio Angelo) Villa created this Life Tributes page to make it easy to share your memories.

Send flowers to the Villa family.