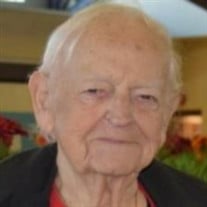 Walter V. Biernacki, age 94, of Eatontown, New Jersey passed away on Monday, December 14, 2020. Walt was born in 1926 to Carl Biernacki and Rose Sutor in LaPorte, IN. At the age of 17 Walt enlisted in the Marines. He was a WWII combat veteran, serving in the Pacific, he fought on the islands of Saipan and Tinian, receiving many honors including the Purple Heart. During the Korean Conflict, he was later recalled to active duty. In 1948, Walt married the love of his life Shirley Anderson. They moved to Eatontown, where he has lived for 71 years. Walt worked as a meat cutter for A&P. In 1967 he became a business agent, transitioning into the Vice President of UFCW 464A, United Food and Commercial Workers, retiring in March of 1993. Walt was a member of the Eatontown Fire Department and First Aid for over 60 years, becoming a life member. He served as fire chief in 1969, president of the fire company for many years, and most recently served as fire police. Walt was an avid Notre Dame football fan. Everyone knew not to call him on Saturdays in the fall, he never missed a game. Later in life he reunited with the Marine Corps League. He enjoyed volunteering to collect for Toys for Tots. He belonged to the Marine organization the Tazmanian Devil Dogs, where he recently received the rank of Pedigree. Walt is best remembered for his no nonsense, straight to the point honesty. He enjoyed making his presence known and sharing his opinion, whether you liked it or not. He was always up for a good debate. He is preceded in death by his parents; wife Shirley Biernacki; sister Sophie Biernacki; brothers Joseph and Casmir Biernacki, and Richard Zakowski; son-in-law Richard N. Zadorozny. Walter is survived by his sister Helen Retek from South Bend, IN; children Joyce Zadorozny, Kevin Biernacki and wife Sandra; grandchildren Janice Glass, Susan Miffitt, Melinda Whitt, Aaron Biernacki; plus nine great grandchildren. Memorial gathering will be held from 4pm to 9pm on Friday December 18, 2020 at the Bongarzone Funeral home, 2400 Shafto Road, Tinton Falls, N.J. In lieu of flowers, donations in his memory can be made to the Richard N. Zadorozny Memorial Scholarship Fund c/o the Eatontown Fire Department, 45 Broad Street, Eatontown, NJ 07724 please make checks payable to Engine Truck & Hose Co. # 1 scholarship fund, or donations to Marine Toys for Tots would be appreciated. **Due to limited capacity, we ask that you keep your visit brief so that all guests will be able to offer their condolences. Masks must be worn on the nose and mouth inside the funeral home at all times. Thank you for your kindness during this difficult time.**

Walter V. Biernacki, age 94, of Eatontown, New Jersey passed away on Monday, December 14, 2020. Walt was born in 1926 to Carl Biernacki and Rose Sutor in LaPorte, IN. At the age of 17 Walt enlisted in the Marines. He was a WWII combat veteran,... View Obituary & Service Information

The family of Walter V Biernacki created this Life Tributes page to make it easy to share your memories.

Send flowers to the Biernacki family.