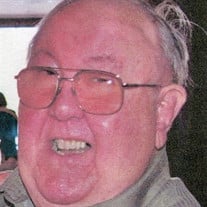 Warren George Kruse, 89, of Ocean Township, passed away peacefully on Wednesday January 24, 2018 at the Monmouth Medical Center, Long Branch. Warren was born in Union City and resided in Hoboken and West Orange before moving to Monmouth County. He was a World War II veteran of the Air Force from 1946 to 1947. Warren was a graduate of Fairleigh Dickenson University and received his MBA from Rutgers University. He had a lifelong career as a hospital accountant/administrator before retiring 27 years ago. He was a member of the American Legion Post #325 in Eatontown. Warren attended the Haskell and loved horse racing, bowling, and bocce. He was an avid sports fan of the NYY Mets & Dallas Cowboys. Warren is survived by his wife of 32 years, Carol Kruse; his sister, Doris Murtha of Lyndhurst; 3 children, Ellen Kruse, Anita Kruse, and Warren G. Kruse II and his wife Maryann Kruse; and his 3 grandchildren, Robert W. Kruse, Catherine Kruse, and Cassidy Kruse. He will also be missed by Carol’s children and grandchildren. Relatives and friends are invited to Bongarzone Funeral Home, 2400 Shafto Road, Tinton Falls on Sunday, January 28, 2018 from 1 to 5 PM. A funeral service will be held on Monday, January 29, 2018 at 11 AM at the funeral home followed by entombment at Woodbine Cemetery in Oceanport. In lieu of flowers, please send donations in his memory to any of his favorite charities: Veterans’ organizations, St. Labre Indian School, or the American Legion. To leave an online condolence, please visit Warren’s memorial page at www.bongarzonefuneralhome.com

The family of Warren G. Kruse created this Life Tributes page to make it easy to share your memories.

Send flowers to the Kruse family.